Due to capacity limitations this year, we are unable to take further bookings. We hope to welcome you to our gardens in 2022.

The History of Old Camps

The garden at Old Camps is situated on the site of a Roman encampment, purposefully selected for its position on higher ground and its proximity to Roman Winchester (Venta Belgarum) and Silchester (Calleva Atrebatum). It is well-documented how Newbury and Thatcham, Berkshire towns nearby, were occupied by the Romans. Evidence unearthed from archaeological digs date artefacts from 2nd-5th Century AD.

In 1929, the land for Old Camps was purchased by a Mr and Mrs Punter from the owners of Beenham Court, now Cheam School. Mrs Punter, a school teacher in the village, entrusted an architect friend to design the 1920s bungalow, making reference to its Roman links and thus Old Camps was designed and built, paying homage to this period in history. An unusual single storey building for its time, it featured an open courtyard garden in the centre of the house, whereby rooms opened off of this outdoor space. 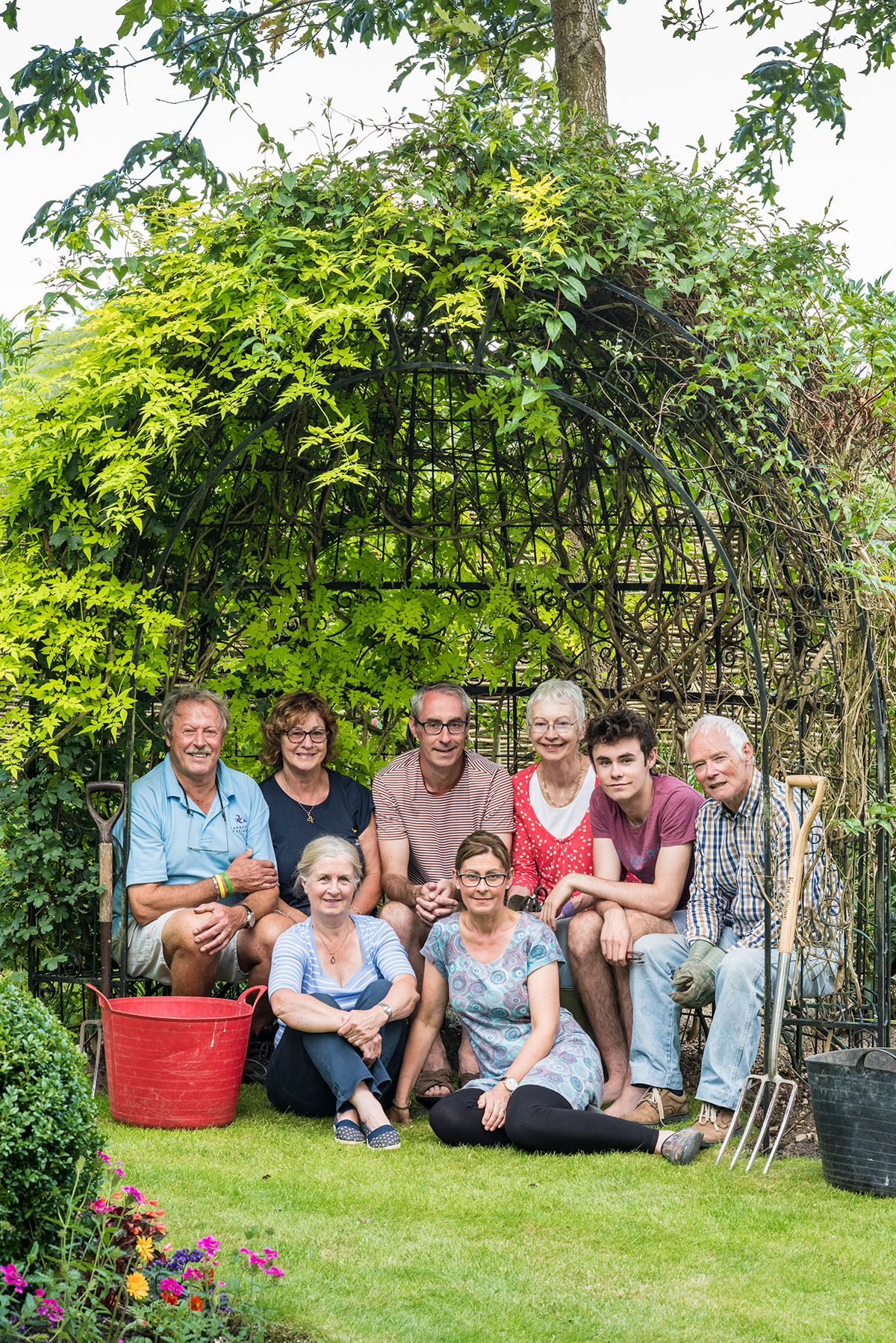 For nearly fifty years Old Camps was to be Mrs Punter’s home, until 1977, when it was purchased by a Mr and Mrs Lawrence. Now an elderly lady in her early nineties, such was her love for her ‘Roman Villa’, Maurice and Sheila Lawrence had to reassure her that the building would not be structurally altered. A promise they did keep in the twenty, happy years they lived at Old Camps with their family and in the subsequent ten years, when their son Michael, purchased the property with his wife Caroline.

In 2007, Old Camps was purchased by its current owners, Adam and Heidi Vetere. Whilst the building has seen major structural change in this time period, having been converted into a contemporary, cedar-clad dwelling, at its heart is a glass atrium. The house now boasts an indoor, arid garden in acknowledgement of its past history.

Having completed the building in 2009, the focus of attention turned to developing the grounds at Old Camps. The garden, set over an acre, benefits from panoramic views of Watership Down and is in part, south-facing. It is clear to see why such a site would have been deemed fit for a Roman settlement.

The design was completed late in 2009 and construction began in early 2010. The design was intended to take the visitor on a journey through the gardens, as it is not all viewed at once, rather openings through plantings or gates entice you on to see what is there. Maturing and bountiful planting abounds, inspiration is in abundance, and underlying it all are ideas for sustainable practices to limit the impact on the environment – the vast Mediterranean terraces, prairie and tropical borders all require minimal watering, if any, even in the summer of 2018.

The key to the design was reconciling the old and the new, developing flowing herbaceous borders full of cottage planting, which pays homage to its 1920s roots and seamlessly moving into the 21st century, with formal structure and contemporary planting schemes.

The gardens were finished in 2016, the final piece being the formal potager which supplies the house with fresh fruit and vegetables for most of the year.

In essence, the gardens were designed to be good for the soul and mind in today’s fast paced life. The design succeeds as it clears the mind and transports you to another place, where your mind can flow and unwind; it is a real tonic, allowing you to recharge your batteries ready for life’s next challenge!

Click below to check our garden open day availability